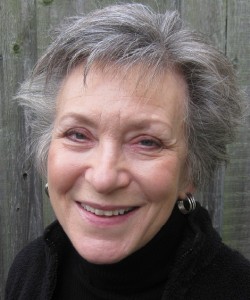 Thalia Myers has earned an international reputation as an exceptional pianist of wide-ranging musical sympathies. She has performed and broadcast as soloist and chamber musician in over thirty countries; she is dedicated equally to disseminating new works and reviving neglected older repertoire. Her repertoire and solo recordings, most recently on the Metronome, NMC and Usk labels, encompass music from the eighteenth century to the present and include six albums of contemporary works for solo piano. A lifelong champion of new music, she has commissioned over a hundred and seventy five new works and given many first performances and première broadcasts throughout the world.

In 1995 Thalia Myers’ combined interests in contemporary music, music education and the promotion of amateur music-making led her to commission the first of the award-winning Spectrum anthologies of short, musically uncompromising, technically accessible piano pieces from some of the world’s finest composers. Published in 1996 by the Associated Board of the Royal Schools of Music, this was followed by Spectrum 2 (1999), Spectrum 3 (2001), Spectrum 4 (2005), Spectrum for Piano Duet (2012) and Spectrum 5 (2016). In 2000, collaborating with the Royal College of Music Junior Department, Bath Spa University College and  COMA (contemporary music-making for all) she commissioned the Chamber Music Exchange, works of similar purpose for piano trio, string quartet and wind quintet. The Chamber Music Exchange is housed in the British Music Collection at Sound and Music.